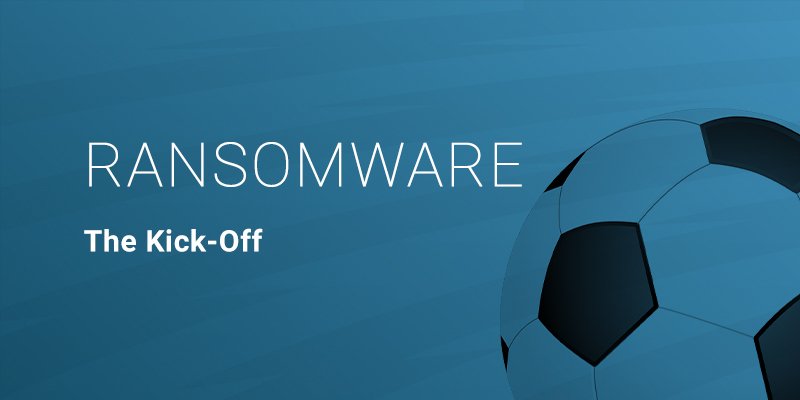 Ransomware has come a long way in the last 30 years. Today, despite our greater awareness and more sophisticated cybersecurity, attacks of digital extortion are becoming ever more

frequent, dangerous and costly. Ignition Technology has tracked the evolution of ransomware, examined some of its most devious foul-play tactics and introduces some of the world’s top players in the fight against this fast-growing and highly destructive form of cyber-crime.

Ransomware is a type of malware that encrypts files on a device and demands some form of payment from the victim (almost always in crypto currency) in order to decrypt and release the hostage files. Like many other forms of malware, ransomware is often introduced as the payload of a phishing campaign, where the attacker tries to get unsuspecting victims to download a file in the form of an email attachment or on a malicious website.

Where did it all begin?

The first recognised ransomware incident happened back in 1989, when 20,000 floppy disks were sent out to AIDS researchers in more than 90 countries. Known as the ‘AIDS Trojan’ attack, the disks contained an innocent questionnaire and a concealed malware program which over time scrambled computer files and demanded payments of $189 and

In those early days, most attacks were rudimentary and criminal developers wrote their own encryption codes. Ransomware really took off in the mid-2000s when attackers turned to encryption algorithms such as GPcode, TROJ.RANSOM.A, Archiveus and Cruzip which were much harder to crack.

Is it the world’s fastest growing malware threat?

Since then, digital extortion has become more sophisticated and destructive with ransoms averaging hundreds of thousands of dollars, with some reports estimating that the average cost of recovering from an attack can be close to $2million!

By the end of 2021, there will be a ransomware attack on a business every 11 seconds. Even more frightening, every 40 seconds, one of these attacks proves to be successful.

A 2020 Cyberthreat Defence Report revealed that 62% of survey respondents had fallen victim to a ransomware attack and of those, 58% chose to give in to criminal demands and pay the

Ransom. Global damage from ransomware is set to cost $20 billion this year and current trends are predicted to soar to $265 billion by 2031.

Defend your business against Ransomware

Ignition Technology has the vendors, expertise and support services you need to mitigate today’s formidable ransomware threats and increase profitability for your business.

Contact the Ignition Marketing Team to request a co-brandable version of the Tactic Cards, eBook and other Ransomware collateral we’ve created to send to your target audience along with other assets to help you generate leads. Watch our video to find our how you can maximise these Ransomware Assets and run your own Marketing Campaign.

The what, why & how of Asset Management
2nd September 2021

XDR: The Ultimate TLA
17th August 2021
Follow Us On Twitter
Tweets by @ignition_tech
Other News
Go to Top