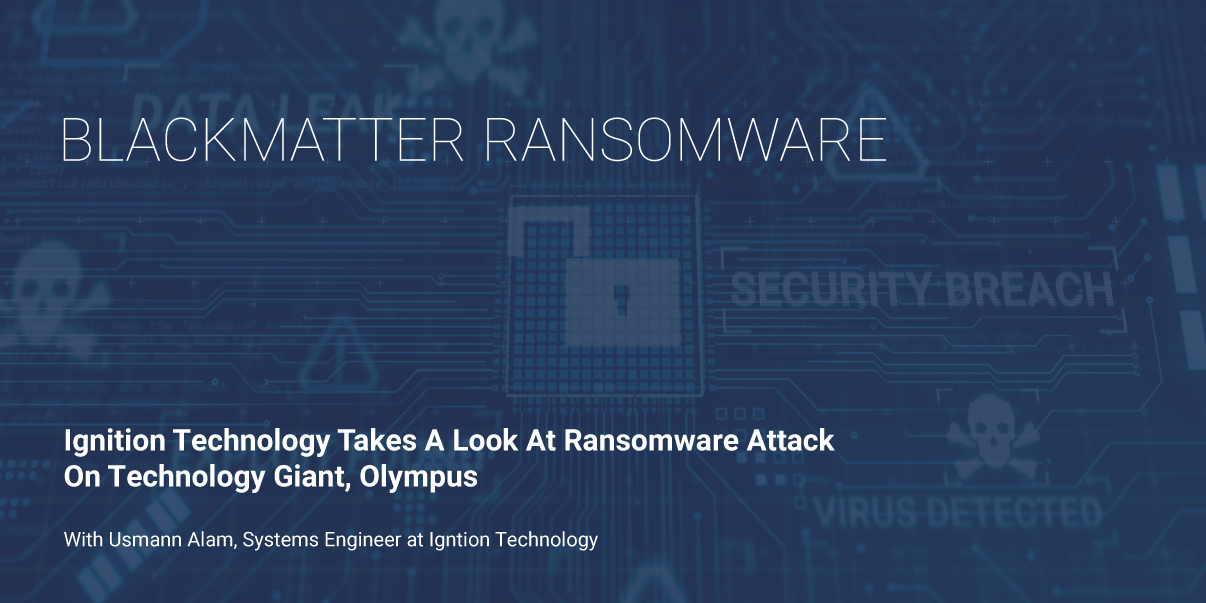 BlackMatter is a new ransomware threat that was found in late July of this year. Despite having been around for such a short space of time, BlackMatter has already been held responsible for a number of ransomware attacks, including it’s most high profile attack on the multinational tech company, Olympus.

At Ignition, we ran internal tests to see just how effective BlackBerry’s AI-Driven anti-malware solution, BlackBerry Protect, would be at stopping this latest threat. A sample of the malware (SHA-256: 22d7d67c3af10b1a37f277ebabe2d1eb4fd25afbd6437d4377400e148bcc08d6) was found online on a reputable malware repository site, and then run through a number of tests.

Measuring the effectiveness of BlackBerry Protect

The effectiveness of BlackBerry Protect comes largely from the fact that it is completely non-reliant upon signatures, instead using its market leading Artificial Intelligence (AI) engine to understand how an executable file is structured and what purpose the file serves. This is why the older BlackBerry Protect agent was able to quarantine the ransomware. The agent didn’t have to rely upon the file having already been seen, and thus a signature being written for it, it was able to make a decision based on the make-up of the file itself. Another point observed during testing was the ability of BlackBerry Protect to work offline. The AI engine, responsible for categorising a file, sits locally on the endpoint- meaning that even if network connectivity is lost, the BlackBerry Protect agent and its features are not affected.

Critics may argue that Ransomware strains such as BlackMatter have many variations and thus such testing proves little, but, as alluded to before, due to the predictive ML-built analysis of BlackBerry Protect, it is able to protect against variations never seen anywhere before, providing true Zero-day protection.

Do you want to find out more about BlackBerry Protect? Get in touch with the Ignition Technology BlackBerry team, blackberry@ignition-technology.com or visit the website for more information and resources here.

The what, why & how of Asset Management
2nd September 2021

Part One: Ransomware 2021. Better, Faster & Stronger
8th July 2021
Follow Us On Twitter
Tweets by @ignition_tech
Other News
Go to Top